Solar panels are devices that convert light from the sun into electricity, thereby the name solar panels. Solar panels on ships are not very common at present, but some installations have been done over the last years. 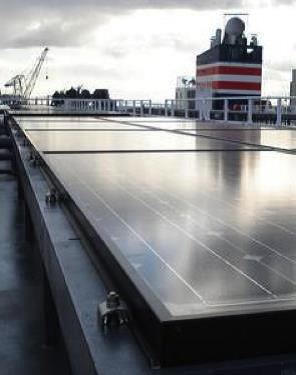 Solar panels are applicable for all ages of vessels trading in areas with sunlight. Further, to produce electricity from solar panels a large area for installation is required and therefore only ships that are not dependent on deck space can utilize the system (e.g. car carriers).

In order for solar panels to work onboard ships and in a relative harsh environment, the panels have to be extra sturdy compared to land based installations.

Solar panels on vessels will consist of several solar panels creating one large system. The efficiency of the module represents the conversion of the energy in the light hitting the surface of the module to electricity at its output. Solar modules are rated at an irradiance of 1000 W/ m2 and at 25 Degrees C (and an air mass of 1.5) as the Standard Test Conditions. This means for instance that a 150W module will produce 150W at noon on a nice sunny day that is not too hot.

However, the capacity factor that represents the percentage of the installed capacity of generation to the energy which is actually delivered over a period of time ranges from 10% to 30%.

The solar panels on vessels are installed to produce electricity and will be used to supplement the diesel generators and thus reduce the power required from these units. The solar power units can produce energy both at sea and in port, but only during daylight and therefore the solar panels are set to only produce power 50% of the time. Moreover, solar panels produce power also in cloud cover though not at full capacity. 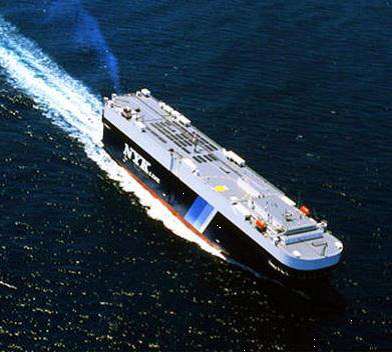 The solar panel technology is expected to become less expensive over time, but the panels are unlikely to become much more efficient or less space consuming. The cost of solar modules themselves has dropped considerably over time.  They are presently approximately $0.6 (USD) per Watt of installed capacity.  A solar system requires additional equipment beyond the modules. This includes cables, inverters (to convert DC power to AC) and the mounting structure. An estimated system for vessel installation price is set to $2.8 to $3.4 (USD) per watt, meaning that an installation of 150 kW would cost from $420,000 to $450,000 (USD). This value is expected to decrease over time, based on what has been seen for land based installations.

The estimated reduction potential for solar panels is 0.5% to 2% on auxiliary engine fuel consumption.